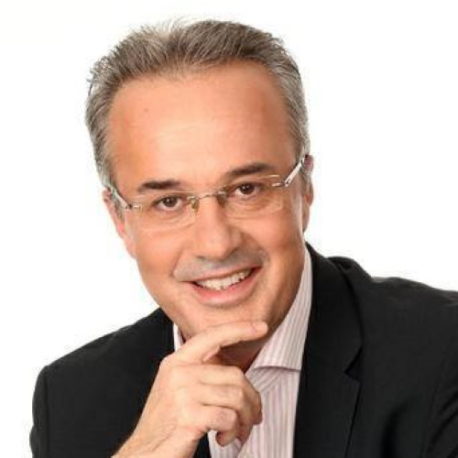 Ioannis Politis is a journalist and political analyst with more than 30 years of professional experience in major newspapers, radio stations and television channels.

Today he works as columnist for “REAL News” newspaper and anchors the X2 program in Action24 Channel. He is the editor of «Politisonline» site and a spokesman for the European Public Law
Organization. An honorary professor, he teaches «Information Sources» at the UoA Department of Communication & Media Studies.

He is Ambassador of Special Olympics Hellas and of the Association of Social Responsibility for Children and Youth (SKEP). He won the annual journalism prize from the Botsis Foundation.

He was born in 1961 in Meganisi, Lefkada. He has an MBA (East London University) and a BA in Communication & Mass Media (Queen Margaret University).