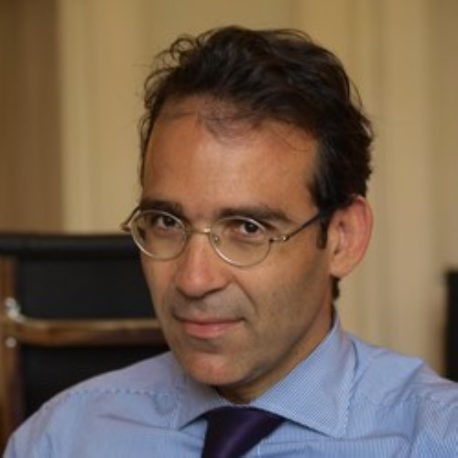 Professor of European Politics and Economy, Athens University of Economics and Business

George Pagoulatos is Professor of European Politics and Economy at the Athens University of Economics and Business (AUEB) and Visiting Professor at the College of Europe in Bruges. He is Vice
President of the Hellenic Foundation for European and Foreign Policy (ELIAMEP), and a member of the Governing Board of the Brusselsbased European Policy Centre (EPC). He was Senior Advisor and Director of Strategy at the Prime Minister’s Office in 2011-12.

Member of the High Council of the European University Institute in Florence (2010-13), and President of ECSA-Greece (2013-14), he is a regular columnist in the Sunday edition of Kathimerini since 2007. His research focuses on the EMU and the EU, Greece and Southern Europe, political economy of finance, political economy of reform. Pagoulatos holds degrees from the University of Athens (LLB) and the University of Oxford (MSc and DPhil), where he was a Rhodes Scholar. He has authored several books and numerous articles in leading academic journals.

He possesses extensive experience advising governments and the private sector.