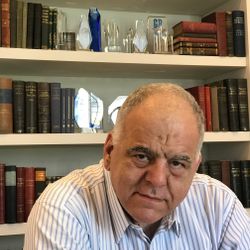 Seasoned entrepreneur and C-level executive, George is a Founding Member of Brookstreet Equity Partners (an award-winning PEVC house) and before that he was a Founding Partner and Chairman of Tickethour which was acquired by the world leader in the sector (Ticketmaster: LiveNation, NYSE, 2016 MK $5.4 billion).

Previously, he served as Senior Vice President at the President’s Office of Eurosport and before that as General Director of the Athens Olympic Games 2004 where he was decorated with the Olympic Order Award by the President of the International Olympic Committee, Count Jacques Rogge.

Prior, he was the CEO of Continent Hellas (later Carrefour Group) and before that the CEO of Corina Foods of PepsiCo Group. He started his career with Nestle after studies at Northeastern University.