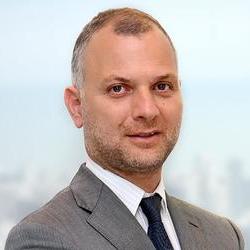 Alexandros Daniilidis is Managing Director of Athenian Brewery, since January 2018. He started his career at Athenian Brewery in 1992 from Sales Division. In 2002 he joined the Management Team as Sales Manager Wholesale-Horeca.

In 2008 he became Sales Director Greece and in 2010 Commercial Director.In the period 2012 – 2017 became Managing Director Heineken Serbia, leading the company to the top of the market, tripling both turnover and sales volume and achieving high profitability growth.

He studied Economics at the University of Piraeus.